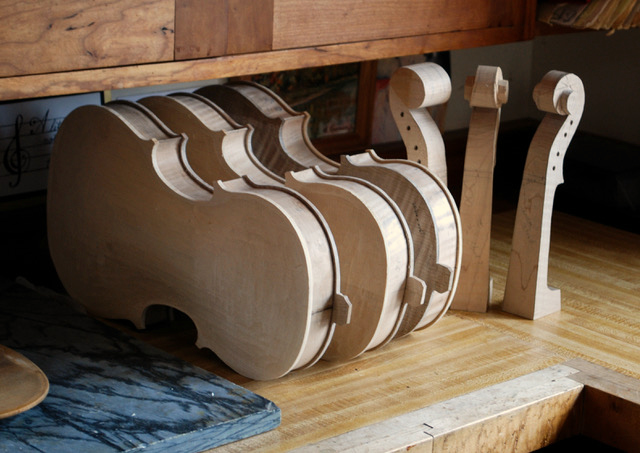 In order to study, learn from, and react in an orderly way to all that the great violin maker Antonio Stradivari’s work has to offer, I have undertaken an annual series of 300th anniversary instruments, making copies of Strad violins made exactly 300 years before. An added bonus is that Strad’s birth year is almost exactly 300 years before mine, so I can imagine how he may have been looking at the world and his work at a similar stage of life. My 300th Anniversary Strad project has given me a valuable focus for studying great instruments in more detail and with fuller perspective. This year, I’m thinking a lot about what Strad was doing in 1719.

In early March 2019, I visited Italy, exploring the world of Renaissance art, architecture, and craftsmanship. An excellent temporary show at the Palazzo Strozzi in Florence allowed me the opportunity to look at the environment where Leonardo worked in the studio of Verrocchio for ten years. As a result, my awareness of the role of studio environment in developing great art and great artists has become more vivid, and this awareness brings relevant new insight to my current work.

One of the frustrations of looking at violins from Stradivari’s shop in his Golden Period (1705-1720) is that there is very little variation among the instruments that he produced during that timeframe. There are a few different models, different wood choices, and certainly different wear and repair histories, but the style and personality and technical detail are remarkable consistent.

I found myself picturing the process within Stradivari’s workshop in 1719. My understanding is that in this period, he was in his 60s and 70s, his two sons Francesco and Omobono were at the peak of their abilities, and other young workmen (such as Carlo Bergonzi) were doing most of the work under Stradivari’s supervision and to his design and workmanship standards.

There was no need or desire for individual expression by the particular workman. I assume the work was divided up such that each would do what they liked to do and were good at, leaving others to be responsible for the remainder of the making process. This was not quite the same as making Model T cars on an assembly line, but there was some interchangeability of parts within the batch production process.

As I contemplate this approach to making fine instruments, I am thinking about my 2019 anniversary Strads. How are they alike and different? How did they get that way? I am applying this understanding of Stradivari’s workshop strategy to my own work as I strive to better understand his work. The three anniversary Strad violins that I am building this year will be made in one batch, as I attempt to emulate the hand of a practiced worker doing one job consistently and repeatedly. Practice makes perfect.

I have just finished the edgework on all three violins. Next, I will put the purfling in all three and carve the scrolls. I often feel that, after making one violin, I would like to go back for a second chance, to try again to get closer to my ideal in one area or another. In building three violins at once, I can make those refinements with the repetition of each step.

I’m not sure that this batch approach will make these violins better or a stronger example of my work, but I do think it will help them reflect part of the qualities of a Golden Period Strad. I look forward to sharing them with you when they are completed. 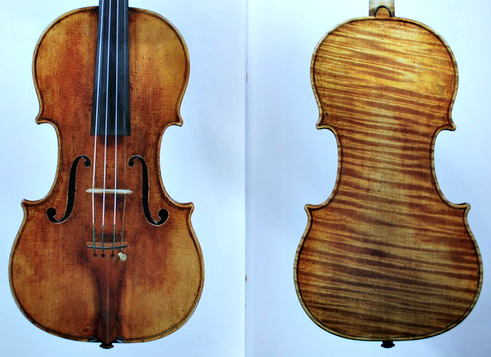 By coxviolinsblog | April 8, 2019 | Featured Instruments, From the Bench, General |